Began working in radio in 1976 while in high-school in West Palm Beach (wirk).

Graduated from Bauder Institute of Broadcasting in 1985,

The current Mid-Day (10a-3p) DJ on WCJX, afternoon DJ and former WQHL, morning show host and Suwannee Bulldog Broadcaster has been happily married to his better half, Esther for over 30 years and has two grown sons Anthony and Bryan. 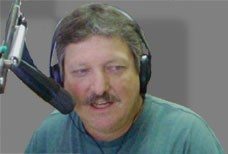